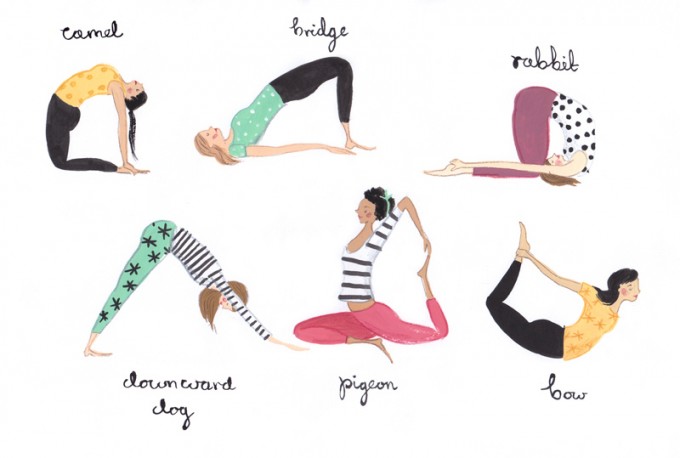 Recently, there have been a lot of debates revolving around the idea that teaching children Yoga in school is somehow "of Satan."  Children seen with their hands in what is usually referred to as the "Prayer Position" are thought to be worshiping or praying to Satan.  That is disturbing to me in so many ways.  It makes me wonder how anyone, especially Christians, could see children with their hands in a prayerful position and think such a thing could be of Satan. Speaking as a Christian that has been practicing and teaching Yoga for more than 40 years, I am deeply bothered and dismayed at the attitude that having school children exercise Yoga in school is evil.  Actually, in Yoga, the hands in the "Prayer Position" (palms together, fingers pointing straight up, shoulders back) is a form of isometric exercise.

I seriously doubt that schools are attempting to do anything more than try to find a way for students to combat the problems facing them today, such as obesity, anxiety, stress, and low self-esteem issues.  With the real fear of school violence looming, children and teachers could use something as peaceful, calming, and physically beneficial as Yoga.  But to understand this, one must understand what Yoga is.

So, what exactly is Yoga?   One only needs to go to the Internet to find a multitude of explanations.  As with any search for knowledge, one must use caution because not everything one reads is fact, and often more opinion.  But, here is one explanation I found from the website "Yoga Alliance."  It reads as follows:

The practice of Yoga was developed up to 5,000 years ago in India as a comprehensive system for well-being on all levels:  physical, mental, emotional, and spiritual.  While Yoga is often equated with Hatha Yoga, the well-known system of postures and breathing techniques, Hatha Yoga is only a part of the overall discipline of Yoga.  Today, many millions of people use various aspects of Yoga to help raise their quality of life in such diverse areas as fitness, stress relief, wellness, vitality, mental clarity, healing, peace of mind, and spiritual growth.  Yoga is a system, not of beliefs, but of techniques and guidance for enriched living.

My own simple explanation of the type of Yoga I practice and teach is that Yoga is a form of Exercise Plus.  The Plus being that while it benefits one's body, it also benefits one's mind, soul, and spirit.

I will try to give a brief simplistic history of how we in this country began doing something which originated in ancient India called "Yoga."  There are various kinds of Yoga practices, including the practice of meditative Yoga, which first became popular as a "fad" in the late 60's, especially on the West Coast with the Hollywood elite, and was thought by most of the rest of us to be somewhat weird and hippie-ish - not really thought of as a form of exercise, but equated with transcendental meditation, sitting cross-legged on the floor humming "ommmm!" - more for mental relaxation in a time of self-exploration, looking for answers to find peace in a not so peaceful time.  I won't go into the various kinds of Yoga done as part of spiritual, religious, or other practice because that's not what this blog is about.  My primary focus is to introduce my reader to Yoga, not Religion.

After Yoga as a "fad" faded into the background, the craze of "fitness" came to the forefront in the late 70's - 80's.  Our nation became exercise conscious and with the invention of the VCR, exercise videos introduced exercise to the masses.  With that came the rise of aerobics, step aerobics, and other forms of exercise that one could do alone or with a group.  In the late 80's, the Hollywood fad of Yoga as an exercise began to surface to mainstream Americans as a "can do" for all ages and fitness levels.

I want to share with you my own experience with Yoga and explain what I believe Yoga IS and more importantly, what it IS NOT...It is NOT a Religion.  READ MY LIPS, as they say.  It is NOT A RELIGION.  It can be part of a religious or spiritual practice, but people often confuse Yoga with the Hindu religion.  You can practice Yoga without practicing Hinduism.

The word YOGA means "union" or "connection."  The connection or union, when applied to the practice of Yoga (in this country) usually refers to the union of the body with the mind, or "mindfulness."  This type of Yoga is done by getting into a series of specific "postures" or "poses" while concentrating on breath and focus, and is a powerful exercise of mind over matter and body connection.  The "postures" align the spine, strengthen the muscles, increase flexibility, and have a beneficial effect on the internal organs.  Anyone who has tried Yoga as an exercise for the first time will tell you that it is extremely difficult, if not impossible, to get into and remain in the postures without focusing their attention only on what they are doing.  This makes the exercise "meditative" - another word that seems to frighten individuals who equate meditation as being something that leaves one's mind open to satanical or evil entities.

How might a Christian find spirituality in the practice of Yoga?  By being aware of the body God has given them, the wonder and awe of what the body can do, and being grateful and thankful to God for that body by exercising it.  It is all in the intent of the practice of Yoga.  The intent to get your body to do what you want it to do is about the best one can hope for when first learning how to practice Yoga.  After that, it's up to each individual to get what they want from it.

As for our school children - they will have fun, get fit, and perhaps find some calmness in an un-calm world. 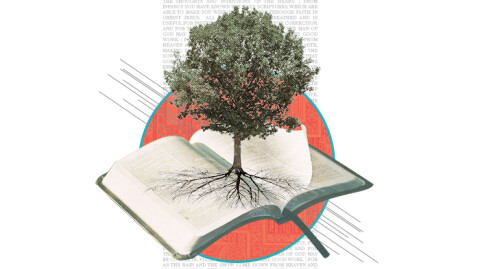